France is the homeland of charcuterie

Every region has its specialities, resulting in a mouth-watering smorgasboard of local delicacies,

With as many as 450 specialities in totalFrench charcuteries embody a centuries-old way of life, synonymous with pleasure, sharing and conviviality. They reflect creativity and consummate expertise.

Quality is an essential value for French companies specialising in smoked, cured and prepared meats. To guarantee the safety of their products, companies choose their suppliers through stringent selection and regularly carry out audits to monitor product quality at every stage of the production process, from farm to fork. 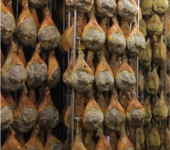 Traceability measures cover every single step in the food chain from raw ingredient to shop shelf.

Sourcing raw materials relies on a strict set of criteria so companies are able to guarantee the quality of all their supplies. Included in the criteria are best practice production guidelines which apply to all suppliers. The high quality of ingredients is guaranteed by regular audits and several thousand annual spot checks.

Selected using a strict set of selection criteria, the meat is systematically checked on arrival at the production facility. The quality of the meat is assessed using two main criteria that will establish how to optimise its usage in the production of quality charcuterie:

In the event of an anomaly, traceability systems ensure that consumers are informed swiftly, while retailers can implement product withdrawals or recalls from shelf.

To go even further in the quest for food quality and security, while at the same time optimising dealings with suppliers, companies also favour environmentally-conscious and humane suppliers.

The charcuterie sector has made a great number of commitments in multiple areas: 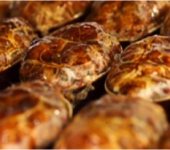 To constantly improve how consumer expectations are met, French charcuterie makers also strive tirelessly to improve their produce, such as for example the organoleptic and nutritional quality of recipes and managing packaging solutions.

France has been making charcuterie since the time of the Gauls

Pigs were slaughtered in every village across France, and black pudding « French: boudin », sausages and pressed head or brawn « tête pressée» were made as a ploy to conserve the meat over time. Precious few delicacies – ham, dry-cured sausages and pork fat – made their way to Rome, the vast majority being the preserve of domestic consumption. But while the Gauls were quick to legislate and take sanctions against stealing pigs, they were less concerned about the quality of products sold for consumption.

Charcuterie in the Middle Ages

Charlemagne the first, true to his name, was the first to set out clear guidelines regarding the preparation of smoked meats, bacon, cured meats and salted pork (French: petit salé). However, it wasn’t until the Middle Ages, and the advent of communal liberties and the birth of corporations, for the profession to truly gain structure. At the time, the Corporation of butchers and charcutiers was one and the same. Yet already, the first legislation governing the sale of pork-based products were already starting to make an appearance, when the Corporation of master butchers appointed a number of official roles within the industry, including tongue-checkers (French: langueyeurs), employed to check under pigs’ tongues for leprosy, tueurs responsible for checking general animal health by examining their internal organs, and officer inspectors, tasked with scrutinising pig fat with a view to confiscating and burning any specimens considered below standard. In addition, the master butcher’s Corporation set out the role of the chair-cuitier (‘chair’ being meat and ‘cuit’ cooked) as the trader responsible for cutting up and selling quarters of pig, while the rotisseur, in contrast, was charged with cooking poultry, mutton, beef and veal. 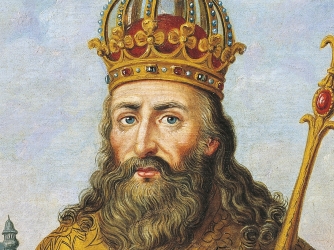 It would take until the 15th century for the profession of charcutier to be officially recognised as a vocation in its own right. Under the reign of Louis XI, Royal Letters Patent dated 17 January 1475 set out the first laws determining the required conditions to achieve the title of master charcutier and the best practice associated with the profession; in essence, no artisan was able to take on the title of master charcutier, prepare meat and sausages, nor open a workshop or stall, without having previously spent four years as an artisan in Paris and created a chef-d’oeuvre, an exemplary piece of charcuterie.

The only exception to the rule being children of charcutiers born of ‘loyal marriage’, on condition nevertheless of payment of twenty sols; and also charcutiers’ widows.

It was clearly stated, on penalty of confiscation and fine, that no meat or sausages could be sold from ‘overstressed’ pigs or those fed in leper hospitals, whether ‘stinking or infected and not suitable for human consumption’, which says much about the sanitary conditions of meat for sale in Paris in the day.

Charcutiers were still obliged to source fresh meat from the butcher. It was only in 1513 that this requirement was lifted. The Corporation, whose headquarters were located at Grands Augustins, Paris, would later appoint Saint Catherine as its patron saint. Laws governing master charcutiers in Paris would be reformulated on several occasions, until in 1581, under Henri III, master charcutiers were granted the right to set up across the whole of France.

The Corporation of charcutiers could then proudly brandish its unique coat of arms across the whole of France: gold, featuring a black pig, chief’s azure, with three golden cervelas sausages.

Since then, the profession of master charcutier has thankfully changed beyond recognition. In each region across France, charcutiers, traditionally established as a family concern, create and conceive prepared meat speciality dishes still enjoyed today.

And since recipes were originally crafted using local ingredients, regional specialities were born, whose fame across France would soon extend to markets around the world.

A code of practice for charcuterie makers, (French: Le Code des Usages de la Charcuterie), lists the entire range of charcuterie specialities and classifies good practice for the entire profession of charcuterie makers, whether artisanal or mass-produced. It currently defines 450 speciality charcuterie produced in France. It ensures the continued existence of traditional designations, while giving free rein to innovation, the advancement of technology and evolving consumer tastes. This code of practice plays a key role in maintaining high standards of quality, including nutritional values. It is also instrumental in ensuring that consumers are provided with all the information they need and guarantee fairness and honesty in food trade.

In 1968, realising that a reference guide would be of great benefit to the sector, charcuterie professionals were keen to classify traditional best practices relating to charcuterie products. This commitment became a reality in October 1969 with the publication of the first edition of a comprehensive code of practice: Codes des Usages de la Charcuterie, de la Saison et des Conserves de Viandes.

Reformulated in 1986, and again in 1997, and amended many times since, the Code des Usages has always reflected the advances of professional processes and regulations. The fabrication of food products follows specific guidelines with the aim of informing the consumer, ensuring food safety and guaranteeing the free movement of goods and free trade.
photo 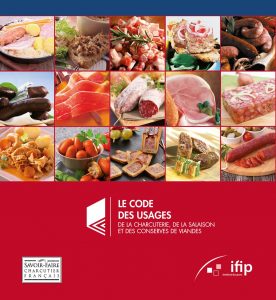 – To protect French recipes and know-how of charcuterie producers
– To reinforce the specific character of quality products
– Created for consumerss.

To promote the charcutier-salaisonnier profession further and elevate levels of charcuterie food safety to even greater heights, in May 2012, the Association responsible for creating the Code of Practice - (A-CDU-SCCV) – which brings together notably two of the sector’s key organisations, the CNCT and the FICT – launched the « Savoir-Faire Charcutier Français » brand. The brand guarantees the very best practices within the profession. Branding can be clearly displayed on packaging of charcuterie products considered of premium quality (French: qualite superieure), traditional (de tradition) or according to age-old recipes (à l’ancienne), which comply with guidance set out in the Code des Usages and a number of quality criteria.